Quinta de la Quietud will fulfill in 2021 two decades dedicated to the production of quality organic wine within Toro Designation of Origin. A concept that has been improving since its first vintage but that remains faithful to the same principles that earned its ecological certification in 2002 and that defends in each bottle: wine produced exclusively with grapes from their own vineyards, in bush and rainfed.

Following the introduction of its new sales team last September, Quinta de la Quietud launches a new battery of novelties aimed to increase its presence in the market, enhancing its brand image and claiming the personality of its wines. A step before the presentation of its fifth wine, which will be incorporated into our portfolio in the coming weeks.

New corporate image
The winery debuts new logo with a modern design that represents a natural evolution of the original of 2001. The work of the Galician studio Imaxinemos, uses a personalized typography with special prominence of an eye-catching Q that will help to better identify Quinta de la Quietud products. Maintaining the original corporate colors and the silhouette of the cellar that already presided over the previous logo, now accompanied by the characteristic sun of the Castilian climate that marks the character of Toro wines.

New website
The new website www.quintaquietud.com  a visual, schematic and intuitive design to facilitate visitor navigation. Through its sections, it explores the origins of the winery, explains its methodology of craftsmanship oriented to ecology and respect for biodiversity, reviews the latest news of the brand, shows the activity of the @quintaquietud profile on social networks, and offers direct access to detailed information of its wines.

Online store
The winery opens a new channel of direct communication with its final consumers with Quinta Quietud online store. For the first time, Quinta de la Quietud sells directly its four wines from D.O. Toro with a simple shopping platform with which the final consumer can buy any of its wines: the three reds 100% Tinta de Toro (Corral de Campanas, Quinta Quietud and La Mula de La Quietud) in its versions of 750 ml and Magnum, and the exquisite sweet white (La Dulce Quietud). 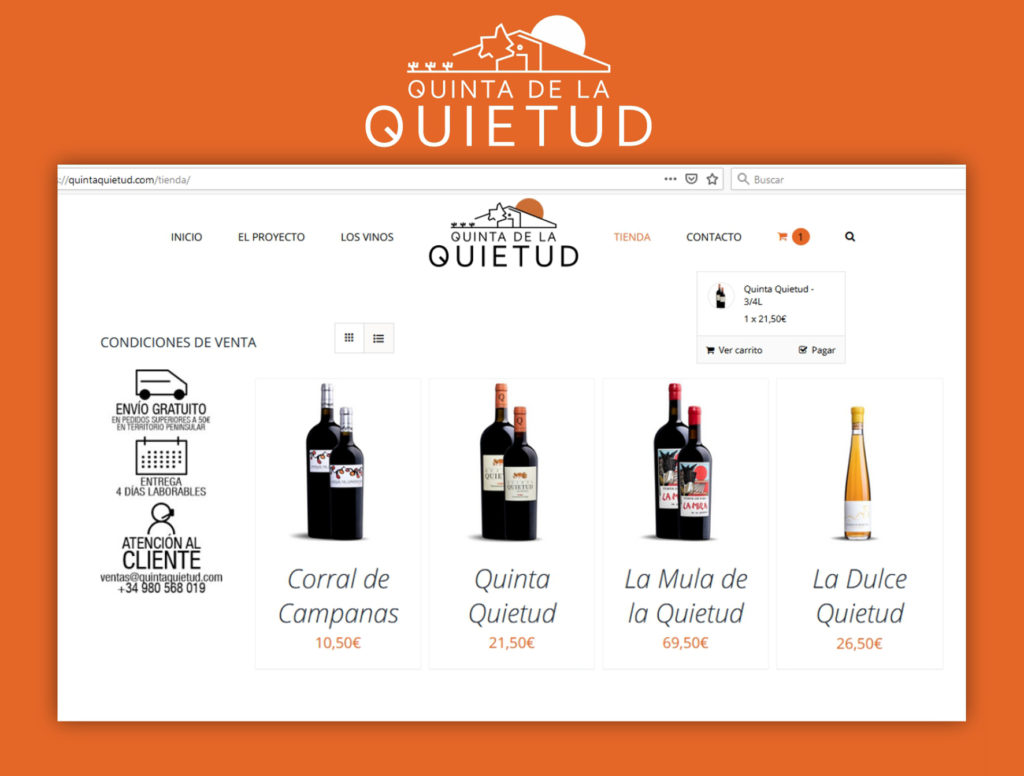